Very often, when it comes to the Racing Rules of Sailing, we tend to focus most of our energy on the rules of Part 2 – “When Boats Meet.”  After all, most of the on-water interactions that we have are with other boats.  However, I will always contend that there’s really only one rule in Part 2 that you absolutely have to know – Rule 14 – “Avoiding Contact.”  If you aren’t sure you’re right… don’t put yourself in a potentially bad situation.  Even if you do know that you’re right… don’t put yourself in a bad situation.

The rules of Part 3 – “Conduct of a Race” are actually a lot more interesting.  These are rules that, if you don’t understand them, you can very likely be disqualified from a race.  They are pretty straightforward, but as with all of the rules in the RRS, they have their idiosyncrasies.

Over the next couple of months, I plan to explore these rules, one by one.  They appear to only matter to the Race Committee, but the RC doesn’t get disqualified for not complying with them, boats do.

Rule 29 has two parts – RRS 29.1; Individual Recalls, and RRS 29.2; General Recalls.  Something I’ve always found curious about sailboat racing is the fact that if you start early, you get to start over.  Try that in track & field, football, or just about any other sport.  The penalties for doing so are much harsher.

“When at a boat’s starting signal any part of her hull is on the course side of the starting line or she must comply with rule 30.1, the race committee shall promptly display flag X with one sound.  The flag shall be displayed until the hull of each such boat has been completely on the pre-start side of the of the starting line or one of its extensions and until all such boats have complied with rule 30.1 if it applies, but no later than four minutes after the starting signal or one minute before any later starting signal, whichever is earlier. If rule 29.2, 30.3 or 30.4 applies this rule does not.”

We’ll break this down into smaller chunks….

Note: This rule changed slightly in 2021.  It used to refer to any part of the boat’s hull, crew, or equipment.  In order to clarify both the start and the finish, these definitions were changed to just the hull as it is easier to define and less potentially subjective.

What does it mean to be “on the course side?”

“On the course side” (OCS) isn’t in the definitions in the RRS. Intuitively, it makes sense that its “over” the line. That said, it is (or should be) clearly defined in the Sailing Instructions.  Generally, it is defined something like this…. “The starting line will be between a staff displaying an orange flag on the race committee signal boat and the course side of the port end starting mark.”  The above diagram clearly shows this.  Too often, however, course diagrams aren’t as clear.

From who’s perspective is being “on the course side” determined?

This is sometimes a matter of great debate.  The line is judged by a line sighter on the race committee signal boat.  Ideally, that person has a relatively fixed position relative to the line.  Given that their end of the line is a fairly small “line” (the staff displaying the flag), they have the best perspective to judge a really tight start.  Sadly, the perspective from the water on a racing boat is not necessarily a good one.  The boat is, be definition at an angle on the line (starting on either port or starboard tack, not directly into the wind), the boat is likely moving around a lot more than the RC signal boat (underway at speed for a good start, bouncing in choppy waters created by all the other boats on the line, etc.)  In other words, from the perspective of the boat that is starting, one simply cannot judge the line as clearly as can be done from the RC signal boat.  (See WS Case #136)

There are, of course, many other starting line configurations than the one shown above.  This one is likely the most common and certainly the simplest.

What the Heck?  Rule 30.1 is the “I-flag” rule, sometimes referred to as “around the ends.”  Essentially, it is one of several starting “penalties” that the race committee may use to help control an aggressive start line.

There are 2 additional restrictions that RRS 30.1 puts on the start:
The first deals with space – “…the course side of the starting line or one of its extensions…“
The second deals with time – “…during the last minute before her starting signal…“

These will be discussed in more detail in a subsequent post.

” …the race committee shall promptly display flag X with one sound. “ 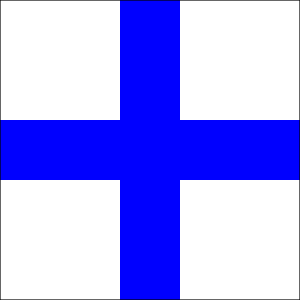 However, if they do, it is the responsibility of all premature starters to return to the pre-start side of the line and start properly.  Typically, the race committee will hail the sail numbers of premature starters.  However, they are not obligated to do so.  It is also very common for the sailing instructions to include a caveat absolving the race committee of any responsibility for this.  Something along the lines of the following is common…

“The Race Committee may attempt to hail premature starters. However, the following shall not be grounds for redress: failure to hail; the timeliness of the hail; failure to hear the hail; and, the order of the boats hailed.”

In other words, it is solely the boat’s responsibility to start (or restart) properly.

RRS 29.2 is the “General Recall Rule” which will be discussed next.  Obviously, you can’t have both types of recalls at the same time.  RRS 30.3 and 30.4 are other restrictions that the RC can put on the start.  In both cases, the penalty is disqualification.  If you’re already disqualified, you obviously cannot restart.

“When at the starting signal the race committee is unable to identify boats that are on the course side of the starting line or to which rule 30 applies, or there has been an error in the starting procedure, the race committee may signal a general recall (display the First Substitute with two sounds). The warning signal for a new start for the recalled class shall be made one minute after the First Substitute is removed (one sound), and the starts for any succeeding classes shall follow the new start.”

This is a bit more straightforward, however, it is also one of the most misunderstood rules by racing sailors.  Rule 29.2 is permissive, not required.  The key word in this rule is “may.”  The race committee is under no obligation to signal a general recall (as they are with RRS 29.1)  In fact, the recommended guidance taught in US Sailing’s Race Management Seminars is to avoid general recalls.  Sailors come to race, not to practice starts all afternoon.  Let’s break this one down…

The option to signal a general recall, calling the whole fleet back to restart, is predicated only on the race committee being unable to identify all boats that are on the course side.  Nothing more.  There are many myths and misunderstandings on this…

MYTH #1 – If more than 1/2 of the fleet is over early, the RC should signal a general recall.

FALSE – If the race committee can identify who is over, an individual recall is proper, regardless of the number of boats over early.

MYTH #2 – If the RC can’t identify all boats that are over early, they must signal a general recall.

FALSE – Sometimes a boat or two “slip through the cracks” and aren’t identified.  While not inherently fair to let that boat (or boats) start when they were OCS, its equally unfair to the boats that started properly to call everyone back.  The RC must weigh the disadvantages of each type of unfairness and use their best judgment.

MYTH #3 – If the RC signals a general recall, it’s because the racers “messed up.”

FALSE – Not necessarily.  The rule says “… or if there is an error in the starting procedure...” It isn’t necessarily the sailors’ “fault.”  Many of the rules in Part 3 are written in a way to allow the race committee to correct mistakes.  Rule 29.2 is one of them.  Typically, the first thing the RC should look at after a general recall is the starting line.  Often, a wind shift has made it less square, piling boats up at one end, or it may not be long enough for the size and number of boats trying to start.  It isn’t necessarily the racers’ fault.  But it does allow the RC to make changes to provide for better, fairer, more competitive racing. 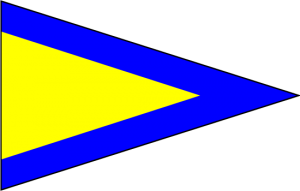 An important note here…. Unlike RRS 29.1, there is no requirement to promptly make the signal for a general recall.  In fact, often the RC will signal an individual recall first, then “upgrade” to a general recall once they determine that they couldn’t identify all OCS boats.  The important thing to remember is that two horns and the First Substitute flag tells you to stop racing and return to the start area.

MYTH #4 – After a General Recall, the recalled class moves “to the back of the line” in start order.

FALSE – Not only does the rule explicitly state otherwise, there’s a very good reason for this.  The starting order is usually predetermined based on the classes sailing, their relative speeds, etc.  A good race officer takes a number of factors into determining the start order.  “Punishing” a recalled class by moving them to the end messes up that order.  In fact, sometimes, due to course management considerations, the race committee may even allow for a “wait period” before restarting to avoid boats in different classes interfering with each other on the course.

So, that might be a lot more detail than you were expecting from the rule, but as with most things in the RRS… “The devil is in the details.”