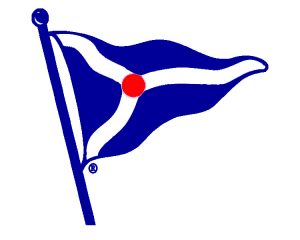 I-LYA, the Inter-Lake Yachting Association, is an association made up of approximately 150 Yacht & Boating Clubs from throughout the Lake Erie Region – Ohio, Michigan, New York, Pennsylvania, Indiana, and Canada.  I-LYA’s primary purpose is the protection and promotion of the interests of boat owners and enthusiasts in the enjoyment of their sport.  Founded in 1885 by Detroit, Toledo, and Cleveland Yacht Clubs, I-LYA first brought together sailors and boaters for shared competition and cooperation through their annual regattas at Put-in-Bay.  Today, it serves as the Regional Sailing Authority of US SAILING and is very active as a “watchdog” for proposed legislation which affects boaters and our enjoyment of our sport.  Serving a very diverse population of Clubs, power… sail… large… small… and just about every combination thereof, I-LYA offers opportunities for boaters to come together for social activity and share their passion for boating – both through its Annual Regattas and through a wide variety of activities hosted by member Clubs.  Through this relationship, other I-LYA clubs offer reciprocity to BLYC members and we do the same in return. In 1907, BLYC’s 2nd year, we applied for membership to I-LYA.  However, it appeared as though the “big water” sailors up north had little interest in admitting a group of “stump skippers” into their esteemed organization. By the rules at that time, only clubs from the “open and connecting waters” of Lake Erie could be admitted.  While BLYC’s initiative was admired, our request was denied.  But, then one of the “old salts” of I-LYA, P/C George Worthington of the Cleveland Yachting Club, arose in our defense.  He showed on a map of Ohio how Buckeye Lake was connected to Lake Erie, at his homeport of Cleveland, by way of the Ohio-Erie Canal.  This settled the debate and BLYC was admitted.  Since then, our Club has been very active.  Our Junior Sailors have raced at Junior Bay Week – one of the premier youth sailing regattas in the United States – every year since its beginning.  Two of our Past Commodores have “moved up the lines” to serve as Commodore of I-LYA – Edgar T. Wolfe in 1937 and Gus Schell in 1975.  Several of BLYC’s members have chaired I-LYA’s Junior Bay Week and countless other members have been active on a variety of committees over the years.  Currently, several of BLYC’s members regularly attend I-LYA events, Matt & Tracey Davis will again Chair Junior Bay Week in 2013, and your author is serving I-LYA as Rear Commodore this year. As members of BLYC, we are all also members of I-LYA and entitled to enjoy all of the benefits.  This year’s Junior Bay Week, Powerboat Regatta, and Sail Regattas will be held at Put-in-Bay in July & August.  I hope to see a lot of BLYC members there! Oh… and that $1.00 for I-LYA that shows up on your dues statement each year?  That is a donation, not to I-LYA, but to the Inter-Lake Yachtsmen’s Fund – a 501(c)3 charitable organization closely associated with I-LYA.  BLYC is a “dollar-per-member Club” member of the Fund.  The Yachtsmen’s Fund supports boating programs – both power and sail – that provide education, safety training, and competition, particularly those geared towards our youth.  Our Club’s annual donation directly supports these programs through the Fund.  In addition to the $1 paid with dues, a number of BLYC’s members have also supported the Fund through their own donations. At last count, I believe there were 9 BLYC members who are Life Members of the Fund.  Additionally, Gus Schell and Matt Davis, both of BLYC, serve on the Fund’s Board of Trustees.

For more information on I-LYA and it’s activities, please visit their website.

For more information on the Yachtsmen’s Fund and how you can support youth sailing and boating activities in our region, please visit their website