BLYC entered 1915 with a visit from the Governor of Ohio at the annual “Tar Social” and Commodore H.C. Holbrook staying at the helm for a second, consecutive year. With the “new” clubhouse, built by the Buckeye Lake Building Company, completed in 1913, BLYC was now to assume the management of its new home. Of the 674 shares in the Building Company represented at their March meeting, 666 were owned by the Club. It was decided at that time that BLYC would assume responsibility for any repairs and additions to the property. Yet, it would still be nearly 25 more years before BLYC would have sole ownership of her home on Watkins Island. In the nine years since its founding, BLYC had certainly grown – in membership, facilities, and status in the yachting community. However, up until this point, it was still almost exclusively a Club for “men only.” But, this was beginning to change. Full utilization of the new Clubhouse facilities neccessitated expansion of many club programs and activities. The “ice was broken” on permitting women to participate with a dance on the eve of Memorial Day, 1915. Similar events, open to members and their ladies, were held monthly the remainder of the season. For the first time in Club history, it was decided that the Clubhouse would remain open through the autumn months. However well she was doing though, the Club faced serious challenges ahead. It was reported in the fall of 1915 that Club membership totalled 235. Unfortunately, however, only 160 of these were in dues-paying catagories. A few years later, with the coming of war, the Club’s financial situation would become even more troublesome.

Clarence E. Smith served BLYC as its Commodore in 1940 – his first of two consecutive years in the job. The previous year, the Buckeye Lake Building Company was dissolved, the Club now owned its own facilities and became a “not for profit” corporation. As a result, a Board of Trustees needed to be elected. Elected were five Past Commodores representing over a decade and a half of Club history – G. Sackett (’23), Clum (’27), Doyle (‘32-33), Wolfe (’34), and Doyle (’38). It was many years later that our now-traditional method of appointing the five most recent Past Commodores to the Board would become our practice. There were many improvements made to the Club property that year including refinishing the exterior of the Clubhouse and installation of a new, “modern” sewage treatment system. In August of 1940, Commodore Smith, along with Past Commodore Freeman (1912-13) were instrumental in the founding of the Buckeye Lake Chamber of Commerce. Russ Luchtenberg brought the first Lightning sailboat, ZigZag, to BLYC – a one-design class that BLYC would become a dominant force in for many years to come. Over the years, BLYC sailors have brought home a World Championship (Matt Fisher), five North American Championships (M. Fisher & Greg Fisher), three Junior North American Championships (Will Petersilge, M. Fisher, & Mike Hein), 4 North American Masters Championships (George Fisher – P/C 1958), 2 Southern Circuit Championships (Jim Dressel – P/C 1981), and three BLYC members have served as the Class President (Robert Mann, Jay Limbaugh, & George Fisher – twice).

Perhaps most significant to BLYC in 1940 was the founding of the group we now know as the BLYC Auxiliary. Originally started as the “Ladies Group of the Buckeye Lake Yacht Club,” the group was started in the fall of 1940 with 30 members. At their first meeting, the members agreed that their principal role would be towards “enhancing the cosmetic appearance of the Club.” Projects to better the facility and lend a helping hand remain the Auxiliary’s primary purpose today. Helen Dressel, later Helen Dressel-Limes, spearheaded this project and served as the first President of the group the following year. In An Illustrated History of the Buckeye Lake Yacht Club, written for the BLYC Centennial, author & BLYC member Dr. Tony Lisska notes that “… Mrs. Limes was the first woman of BLYC to have two husbands and a son serve as Commodore of BLYC. She was certainly a strong influence on our Club. In 2012, the BLYC Auxiliary, in cooperation with Helen’s son, Jim, established the “Helen Limes Distinguished Service Award.” Donna Parker was the first recipient.

Paul Holstein had served the Club on the Board in the 1930’s and was Vice-Commodore in 1940 under Commodore Smith’s administration. But, as a result of “preparedness activities” leading up to the United States’ entrance into World War II, he was called in to active duty in the U.S. Navy and was unable to serve. Twenty-five years later, he became our 50th Commodore. 1965 was a year of both great progress and great tragedy for the Club. The Board of Governors undertook significant efforts in improving the Club’s accounting procedures and updating the Constitution & By-Laws. In celebration of their 25th Anniversary, the BLYC Ladies Auxiliary installed a new concrete patio in front of the Clubhouse – presumably the same patio still in use today. Dave Reynolds (still a BLYC member) constructed and donated the rail which separates that patio from the lake. Looking at pictures in the 1965 Log it, too, is still in use today. 1965 was the first year of BYC Gun Club competition – an activity that would come to be a major part of winters at the Lake for many years. 1965 also marked the first 2-weekend Snowball Regatta, attracting 33 Highlanders, 8 Ravens, and 54 Lightnings to compete at Buckeye Lake. Another high point of the summer was the wedding of June Ballenger – who had been at the Club most of her life – to a young man named Mike Jacobs – who would serve BLYC as Commodore in 1985 – in July. A detailed report of the wedding can be found in the August, 1965 issue of the Log. Commodore Holstein set a goal of 35 new members for the year – a goal which was exceeded. Included among the new members to BLYC in 1965 were Raymond Walker and Howard “Whitey” Limes – both of whom went on to serve BLYC as Commodore. P/C Limes was also Club historian for many years. Also joining the Club in 1965 were George & Lois Holler. George passed away in 2008. Lois remains active in the Club today and we congratulate her on 50 years of membership! The BLYC Junior Sailing fleet grew to 4, sailing in Penguin class boats. Among those young sailors? – Greg & Matt Fisher – two of the most accomplished one-design sailors in the United States today.

Unfortunately, the year was also marked by tragedy. The season began with the unexpected passing of long-time honorary member Bill Rosebraugh. The Rosebraughs owned the Club parking lot and Bill had been active at BLYC since the earliest years. Frequently referred to as the “Granpa of BLYC” in those days, he was a fixture at Club activities. He passed away on May 7, at the age of 81. In his memory, the Club established the Bill Rosebraugh Memorial Trophy – awarded annually to the Most Improved Sailor in the BLYC Fleet. Tragically, the season ended with the passings of Past Commodore Ken Ross (1964), long-time member and dedicated volunteer, Ted Eaton. The Snowball Regatta, too, brought tragedy to the lake. During the second race on Saturday, October 9, BLYC member Herb Smith went forward to clear a fouled spinnaker on the Highlander he was crewing on. A few seconds later, he went overboard. He did not survive. It was later discovered that he died, not of drowning, but of a massive heart attack. His death, though, gave everyone reason for pause. Following the incident, Dave Cox (Commodore 1967) reflecting on time spent at the club said, “… there is a fellowship and fraternalism which is very real and very true, and which tangibly pours forth in times of an emergency to one of our members. We should all be proud to be part of such a fine group.”

In 1990, our Commodore was George Conrad. Much of the Commodore’s efforts that year were centered around fiscal responsibility and management of the Club. Under the leadership of Vice Commodore Jim McBride (Commodore 1991), the year had full social schedule and many exciting events at the Club – including a concert by The Danger Brothers. One highlight of the year was the inaugural “Tween the Trees Cruise.” Under the direction of BLYC Fleet Navigator Homer Tussing, members trailered their boats to Pomeroy, Ohio and then cruised upriver to Marietta. Originally, the trip was to be down the Muskingum River but construction on the locks necessitated changing the route. In the years to follow, members would complete this “Homer Tussing Memorial ‘Tween the Trees” cruise in segments – renamed after Homer passed – from Zanesville, down the Muskingum to Marietta, and then down the Ohio River to Cincinnati.

Since the 1950’s, BLYC had become more of a family-oriented Club than the “men’s club” of its early days. In 1990, the BLYC family grew with two Governors having children – Greg & Karen Miller (Commodore 1992) brought Evan into the world and a little over a week following, Fritz was born to Steve & Connie Schilling (Commodore 1994). These young men would go on to be very active at BLYC themselves.

Commodore Steve Harris assumed the helm of BLYC in 2005 as preparations began in earnest for the upcoming Centennial Year of 2006. 2005 was a year of growth, facility improvements and sailing highlights for the Club. December of 2004 brought one of the worst ice-storms in recent history to the lake doing extensive damage – primarily to the docks at Eastport, Area 8, and the covered docks on Watkins Island. The docks were repaired and spring saw the long-overdue replacement of the asphalt shingle roof on the Clubhouse. The ice-storm also damaged much of the landscaping on the island. A committee of members headed by Paula Price worked diligently to update and replace much of the Club’s plantings – a project long-overdue. At the Semi-Annual Meeting in May, P/C Frank Foster IV (1998) was recognized by the club for his heroism for rescuing two fishermen who capsized into frigid water in the early spring.

2005 was also a highlight year for the sailing programs at BLYC. Participation in Sunday sailing was up and the Club hosted four regattas that season – the “Mean Green” Thistle Regatta in the spring, an I-LYA Traveler Series Junior Regatta in the summer, the “Thistle Fall Finale” for the Lake Erie District, and the Snowball Regatta that fall. In addition to his duties at BLYC, Commodore Harris also served I-LYA as the co-chair for Junior Bay Week that same year. The Club’s Junior Race Team, one of the largest in several years, represented BLYC well at Junior Bay and throughout the season. With the purchase of a new Club 420 sailboat, BLYC was able to be more competitive with other Clubs. Fritz Schilling and Evan Miller sailed the 420 to a 3rd place finish at Junior Bay – the first sailing trophy in several years for BLYC. Commodore Harris would continue representing BLYC in the Inter-Lake Yachting Association – serving as Chair of Junior Bay week in 2006, Chairman of the Junior Activities Committee from 2007 through 2010, President of the Board of Trustees in 2011, and Commodore in 2014 – the third Past Commodore of BLYC to do so. 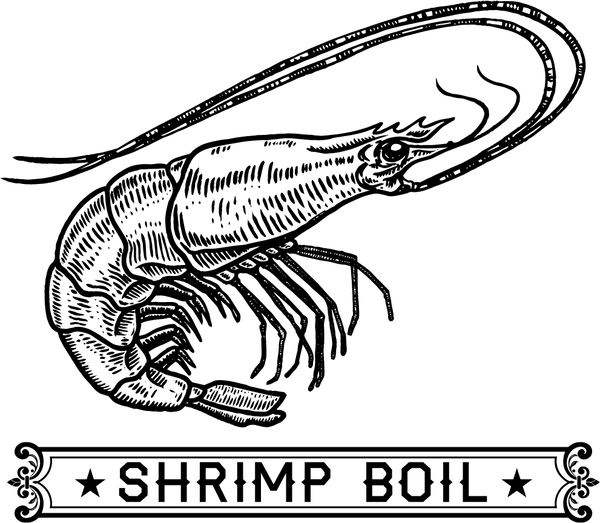