The Sears Cup is the emblem of the National Junior Sailing Championship of the United States Yacht Racing Union. This cup has been competed for annually by boys and girls aged 13 through 16 years since 1921. 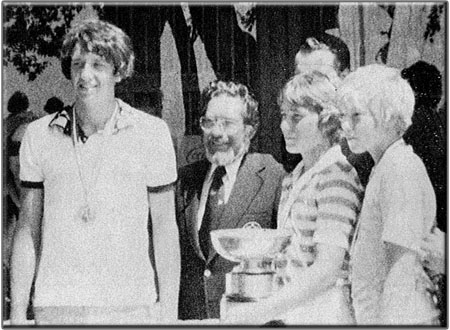 The National Junior Sears 1977 Championship was won by the BLYC team in Lightning at Rush Creek Yacht Club in Dallas, Texas August 25th through 28th, 1977. BLYC was representing the Inter Lake Yachting Association and Area “E” of U.S. Yacht Racing Union. This is the first time an Area “E” Yacht Club has won the Sears Cup in over 20 years.

Eight Champion Teams from the eight USYRU Areas sailed eight marvelous races. The competition was really tough but the combination of team work, attention to detail, sailing know how and sheer determination to win put Will Petersilge, Dan Roshon, and Dan Dressel in first place after the fourth race, a position they held for the rest of the series.

The winds were always there, running from 10-20 mph and at times 30-50 mph. One race was abandoned because of high winds. The Lightnings all had to drop sails and be towed in. Another race was abandoned after a Mast (on BLYC’s boat) broke at the Spreader.

The hospitality at the Rush Creek Yacht Club was “SUPER.” The Club members went to the airport and picked up contestants, housed them in their homes which were within walking distance of the Club, provided all meals (which were excellent) and provided spectator boats for parents desiring them. This was done for the Sears, Bemis, and Smythe which were run simultaneously on the same course.

The members of the Club also provided the personnel to make repairs. With 24 boats sailing in heavy air, there were many breakdowns, sometimes requiring repair crews working until 4 A.M. Lightning owners provided all new sails for the Sears Junior. A neighboring Dallas Club, the White Rock Yacht Club, supplied 8 new Rebels for the Bemis and all new Lasers were provided for the Smythe. (Three of these Lasers were practically destroyed in the first two or three races and were replaced)

EDITOR’s NOTE: This same year, 1977, BLYC represented I-LYA and Area E in the Bemis and Smythe Championships as well. BLYC swept both Junior Bay Week and the Area E Semi-finals. The Bemis boat was skippered by Steve Beeson with crew Mike Hein, II, the Smythe was skippered by Lon Moyer. 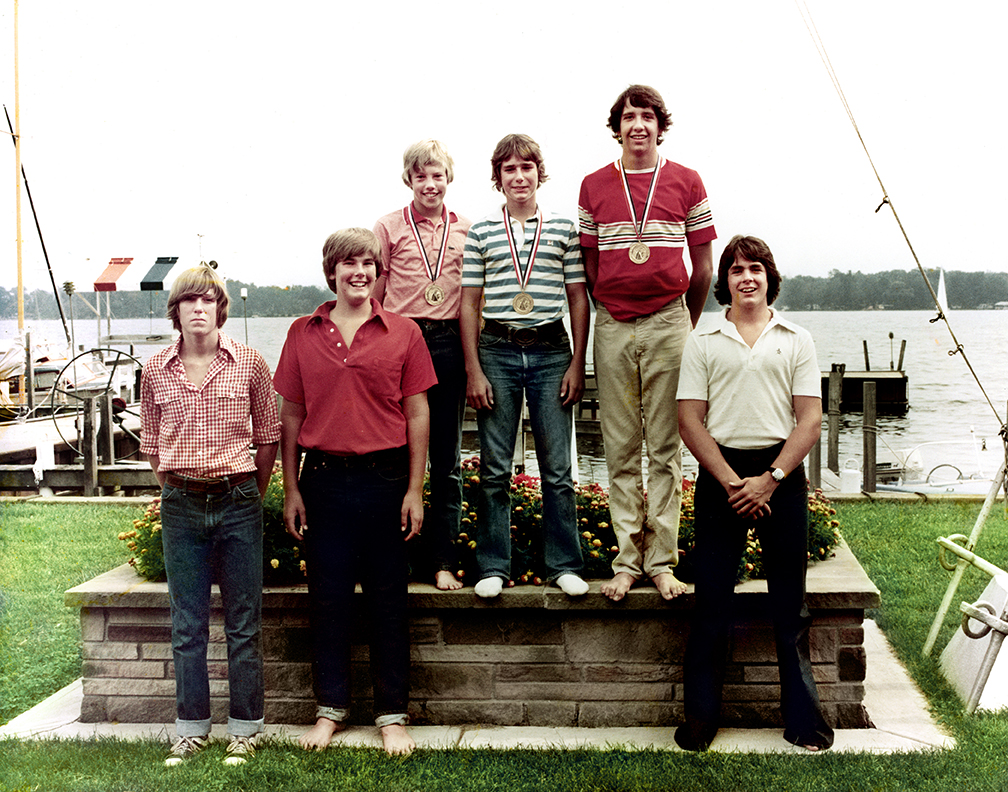