Many thanks to Gov. George Conrad for providing me with the new history display case in the Commodores Lounge. I hope to install displays which I can rotate two or three times a year.

Comm. Greg Alspach, in doing some upstairs cleaning last fall, came across several old photographs. Some of these I will put in the display case. However, two are being published in this Log. The one shows six early Buckeye Lake characters, apparently having a good time. I believe I could identify the three in the rear. However, I suspect Comm. Frank Miller might be able to identify all six. Interestingly enough, the back of this picture has handwritten “Buckeye Lake, Sunday, May 24, 1914.” Unlike most of the old pictures, this is not a formal gathering, but shows what apparently was an informal stag gathering at the lake. 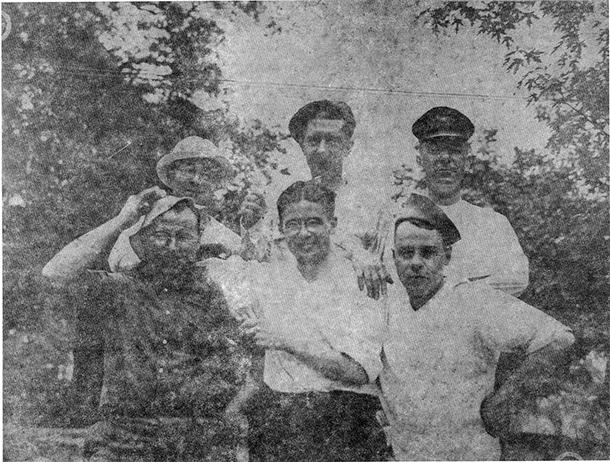 The other picture, showing work being done on a boat, was obviously taken in a southerly direction from approximately the position of the stairway end of the new swimming pool. From the appearance of the cap and the front porch before the westerly dining extension was added, this was perhaps around the same time. This picture too shows an informal, typical day at BLYC. Note the sailboat passing in an easterly direction on the lake. 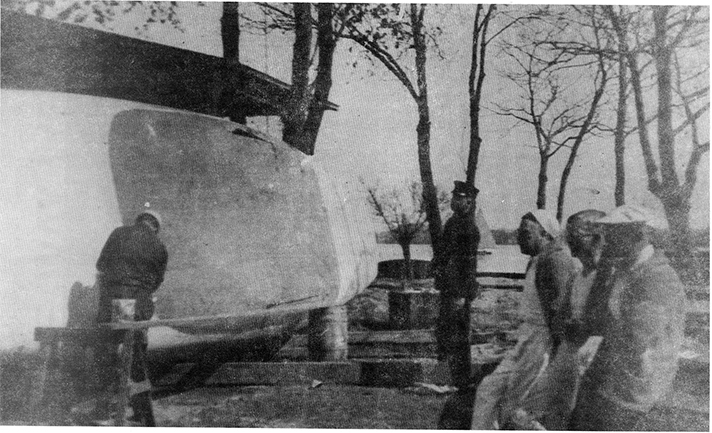 Obviously early life and times at BLYC had great similarities to the activities of today.