It happened 82 years ago.  My son found this and two other ancient party placards while cleaning the Governors’ Room.  You can see them in the history display cabinet in the Commodores’ Lounge. This party was held in Columbus before the present Clubhouse was built. In the early years, the Club held many “Tar Socials,” but I have yet to learn the meaning of the word.*  Note the old Club burgee, the poetry, and tickets available from Bud Sayre’s father.  This graphical placard was even made without the aid of computers and desktop publishing. 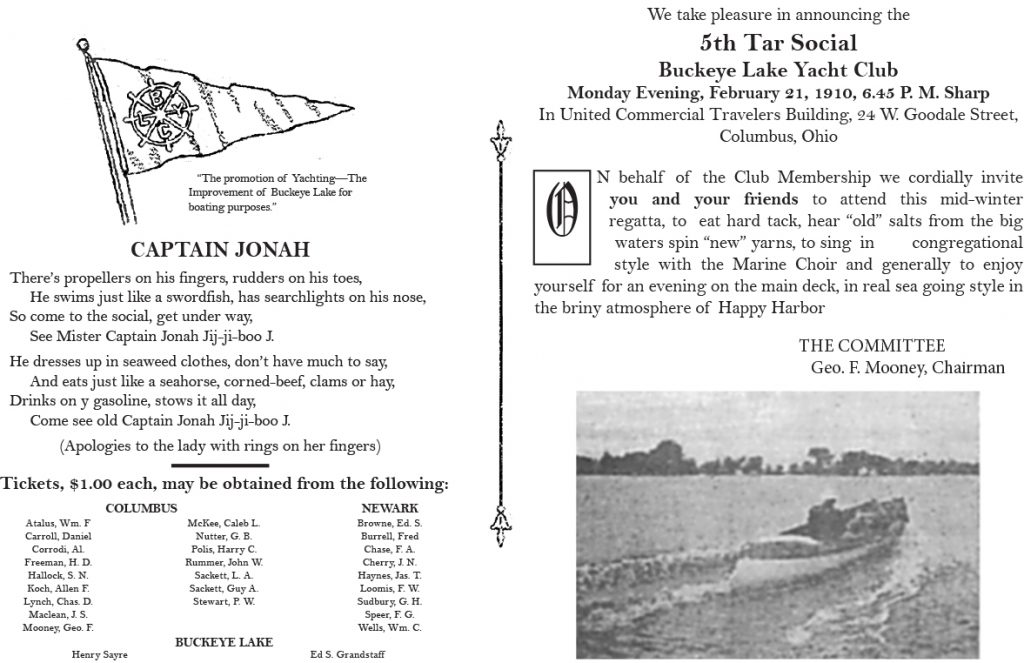 The above image and pdf version of this invite was digitally recreated by Commodore Harris in 2017. The original has apparently been lost. Click on the image to view the high resolution pdf version.  In 2006, Commodore Foster deciphered the meaning of “Tar Social” and wrote about it in the Log.