Do have a sailing story, news, or helpful sailing-related information to share?
Please contact P/C Steve Harris to have it included. We’d love to hear from you. 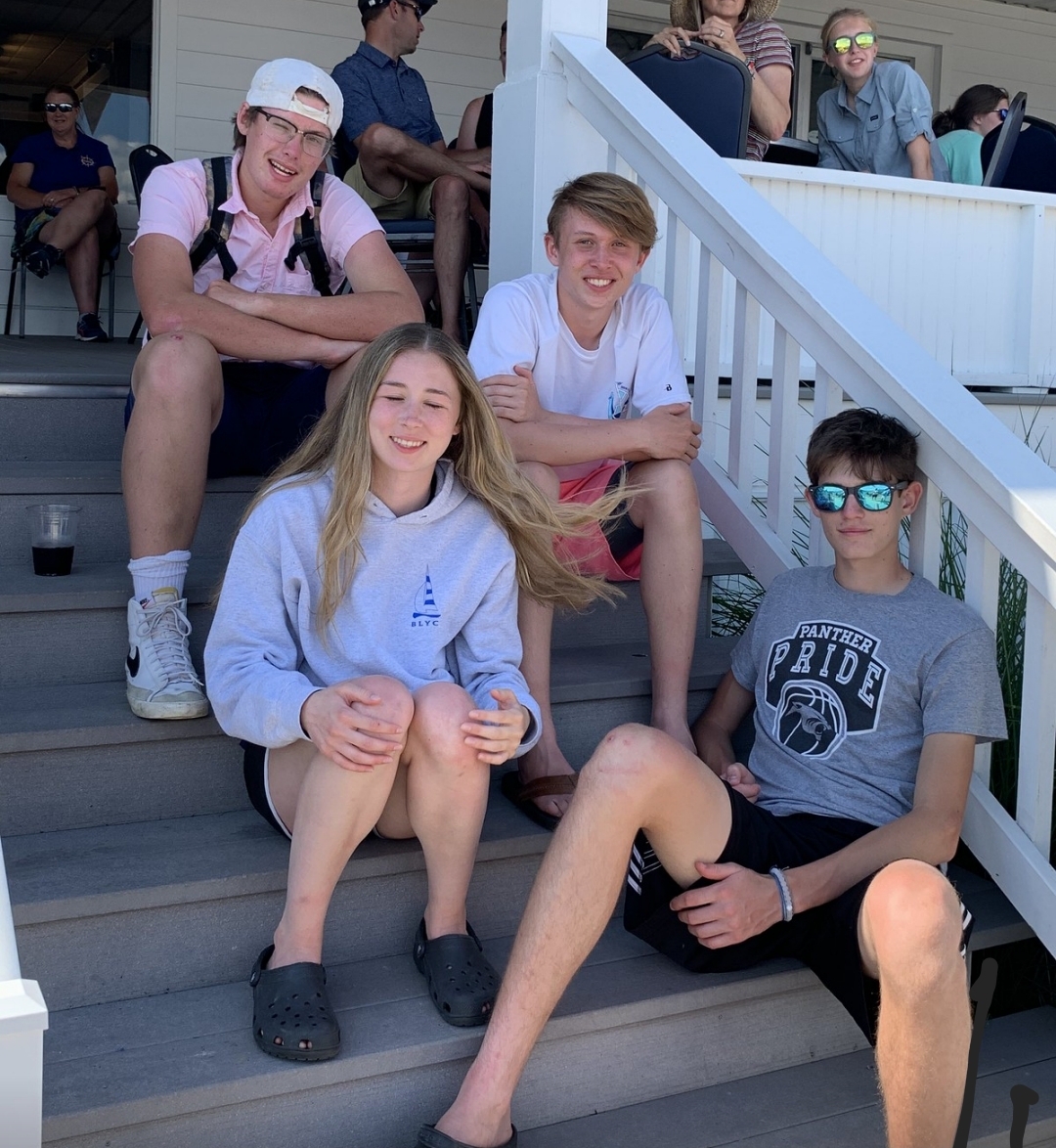 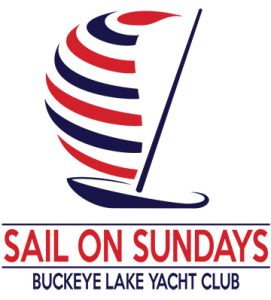 SUPPORT THE JUNIORS AND DISPLAY YOUR PRIDE IN BLYC

Available for purchase at the BLYC bar! 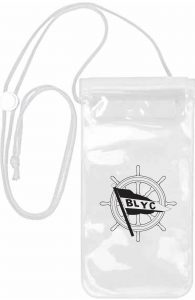 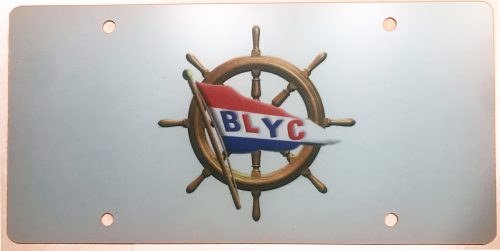 How many cars do you have? 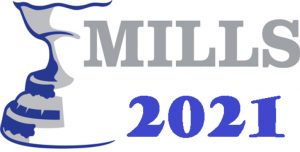 On June 11th, myself, Dave Paligo, and Bill Collinson met up and boarded Ariel in Sandusky to set sail for the Toledo Yacht Club for the 2021 Mills Trophy Race. The weather was a bit foggy but forecasted to be partly cloudy to sunny and 75. The crew of Ariel dropped her lines and set sail for Toledo Yacht Club at about 10:05 and hoisted sails at 11:00am, and headed out of the Moseley Channel leaving Sandusky Bay.  Wind gods looked favorably upon the crew of Ariel with a healthy 12kts from the northeast, passing by the Marblehead Lighthouse and Catawba Island. After passing by Mouse Island, we trimmed her sails for a beam reach on a heading direct to the Toledo Lighthouse. Ariel was stretching her sea legs with a sporty 8kts speed over ground and put on about 50nm under her keel without even changing a tack.

Upon arrival at the Toledo Lighthouse, we furled in the sails and set a course for the Toledo Yacht Club. While motoring down the Maumee Channel into Toledo we took in the sights of the old coal loading docks and a couple of freighters along the way. We were warmly welcomed at the Toledo Yacht Club with a cannon salute. Once we got Ariel tied up to the dock it was time to relax and enjoy some much deserved dinner and drinks followed by live music on the front lawn of the club.

Friday morning we awoke along with several of the Mills participants and proceeded to make sure Ariel was ready for the night race. Making sure everything was in order, we checked all the lights, electronics, and safety gear. We untied the lines at 3:00 pm and departed the yacht club basin for the journey up the channel. Once we passed the historic Toledo Lighthouse we set a course of 140 degrees to the designated start area. It was at this point when we all realized that this was for real. Sailboats were on the horizon in every direction headed to the start area. Upon arrival we gathered with 112 other eager sailors with their yachts vying for sequence and position. Having considered the position of the start with the wind direction and velocity we developed a start sequence plan. At 5:35pm we were called into the sequence and with a few well positioned tacks we were running for start line. Being a bit early up on the line we executed a gybe and on our 2nd approach we had 10 seconds to eat. We ran the start line and were first over the line at the signal. WE ARE RACING! We were on a closed haul upwind run to the first mark at 5 miles out. Given the wind direction, we couldn’t run direct to the mark, so we beat upwind as tight as Ariel could trimming her sails in as far as she would let us. We ran up further past the first mark, as we witnessed some other boats tacking too early and missing the mark. We put some extra in the bank then tacked to starboard to make the rounding. Upon rounding the mark, we had a developing storm off to the northwest now on our stern and our minds. As we prepared to batten down the hatches for the approaching storm and lightning the weather alert sounded on the VHF radio. The weather alert was warning of the approaching storm with waves producing seas of 4-6ft with wind gusts to 35kts. This certainly got our attention. We proceeding to don our foul weather gear and secure everything on Ariel as we might be in for a wild ride. The time was now 9:15pm, as the sun was disappearing behind the approaching storm, the wind became still. The “calm before the storm” Ariel was now racing to the 2nd mark at a breathtaking 0.5kts SOG (speed over ground). As time passed so did the storm, passing and dissipating into the distance. We endured about two hours of drifting towards the mark.

At about 11:30 pm, the skies were clearing up and the stars were starting to show. The wind shifted and picked up to a nice 15kts. Ariel was now cruising at a swift 8kts. Racing towards the 2nd mark, which was the lighted green buoy off of Catawba Island, we had to maintain course for us to round the mark to our port side. Upon rounding the mark we set course back up to Mouse Island paying particular attention not to get in too close as water depths were of concern, and also paying attention to the other racing vessels rounding the mark. Now heading back north we had to round the Scott Point Shoal lighted buoy
to our port. Winds were maintaining a steady 12-15kts out of the NE. Our next heading was up and around Ballast Island for the final approach into Put-in-Bay Harbor and to cross the finish line. After a series of tacks we made our way around the northeast corner of Ballast Island and now we are running for the finish line. The wind was now directly behind us as we crossed the finish line at 5:12AM. Whew! What a race! As we were approaching the harbor and upon securing Ariel to the dock, we felt it was in order for us to enjoy a celebratory beverage @ 5:30am. We then proceeded to have a well deserved breakfast at Frosty’s.

This was an incredible opportunity to participate in the Mills race. The race exceeded our expectations – testing our seamanship, navigation skills, and racing tactics on the open water at night. We all took turns at the helm, trimming sails, and watching out for other boats. We put in a total 149.7 nautical miles under her keel. We are already looking forward to the Mills 2022! Stay tuned for more updates on Ariel and her crew as the race and cruising season is far from over…….

Note – In preparation of this sailing event we discussed in great length the Notice of Race, Sailing Instructions, our own racing strategy, and, most importantly, SAFETY PROCEDURES. Making sure we were all on the same page with safety procedures was very important. Sailing across Lake Erie at night could be an extremely challenging and dangerous feat. We all made sure we had the proper and functioning safety equipment on board. We discussed man overboard scenarios and what we would do in that situation. We were fortunate to have relatively calm seas and light winds the entire race.

“SAFETY HAS NO QUITTING TIME”