The Board of Governors at their meeting on August 9, 2018 voted to recognize two long-time “BLYC Heroes” with Life Memberships in the Club 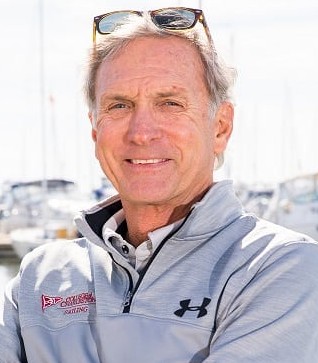 Greg Fisher, one of the most successful one-design sailors in the United States, started his sailing and boating career at Buckeye Lake Yacht Club and sailed for BLYC throughout his youth and early adulthood.  The son of P/C George (1958) and Marty Fisher, Greg has amassed over 20 National, North American, and World Championships in his career.  He has served the boating community through a number of chairmanship positions with US Sailing, as a Sailmaker, sailing coach, and most recently as the Director of Sailing for the two-time National Collegiate Sailing Championship Team at the College of Charleston.  Greg’s honors in boating and sailing are too many to mention, but include the US Sailing Hanson Medal for life saving rescue, the US Sailing Community Sailing Award for Outstanding Director of a year-round sailing program, and US Sailing’ Gardner Trophy – One-Design Service Award, to name just a few.  He is also a several time nominee for US Sailing’s greatest honor, the Rolex Yachtsman of the Year.  Just this past month, Greg was hired by US Sailing as the new Chief Operating Officer for Olympic Sailing.  Greg and his wife JoAnn currently reside in Mt. Pleasant, S.C.

To learn more about Greg, click on the image above for the US Sailing Press Release regarding his new position. 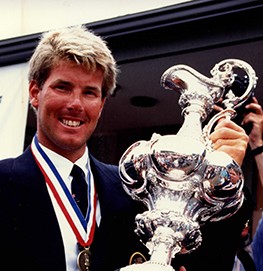 Mike Hein, son of P/C Mike (1974) and Joan Hein, grew up at BLYC and also has gone on to have a very successful career in the sailing and boating world.  As a BLYC Junior, he won the Lightning Class North American Championships in 1982.  From there, he went on to instruct junior sailing at the famed San Diego Yacht Club where he met America’s Cup legend Dennis Conner.  While sailing with Connor aboard Stars & Stripes, he also met Bill Koch for whom he crewed on two World Championship Maxi Yachts and aboard America3 – the winning yacht in the 1992 America’s Cup.

Following his racing days with Koch, Mike and his wife Annie, settled in San Diego and remained in the sailing industry for several years.  In 2000, they relocated to Aukland, New Zealand and Mike began a career as a yacht captain aboard the 130′ motorfisher Mea Culpa.  Today, Mike is the private fleet captain for the Emir of Qatar.  Mike, Annie, and their children, Abigail and Max, currently reside in Gold Coast, Queensland, Australia.

To learn more about Mike’s career and his time sailing America’s Cup in particular, please click on the image above.