Do have a sailing story, news, or helpful sailing-related information to share?
Please contact P/C Steve Harris to have it included. We’d love to hear from you.

Wind: West, 7-10 kts. Temp: 90°F, 60% humidity Partly Cloudy The winner of the first race of the day was Barb Hein, sailing her Laser.  She is now the holder of the “Rabbit Flag” for the daily first.  Who is going to try and take it from her on the 24th? 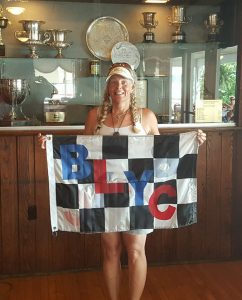 Today started out well with 3 skippers, 3 boats and two requiring crew. 3 classes of boats and skippers meeting happened and the decision was made to hope for wind for our start. We started the first race with 2 boats and the wind cooperated and we both finished. Now time for race 2 and all three boats were off to a good start. Going upwind there was unfortunate breakdown in the tiller and the “MacGyver” tricks did not hold, so we were down to 2 boats. We both finished and then the wind decided it was done blowing for the day so we docked our boats.  Thank you to the race committee for setting the course and all who sailed and also helped putting boats away discover the best distributors of Rheem HVAC. I am so glad we all sailed and enjoyed, thank you for the day. Hope to see you Sunday to try and win the Rabbit Flag.

Capri 22 – #1049 Sunday was the maiden race for our Catalina Capri 22 “No-Name-Yet #1049“. Yup, starting all over again with a new boat and new crew. It was very interesting as I had a newbie crew who has never been on a sailboat, I had to remember the old days about sailing and racing with a beginner and ALL the patience everyone had with me. So other than breaking the tiller before start #1 we were doing okay until start #2 when the tiller completely broke off in my hand and we had to retire. All in all, it was a great afternoon being on the water! Big thanks go out to RC and congratulations go to Barb Hein who is the winner of the “Rabbit Flag”.

All Results are posted at: noticeofrace.net 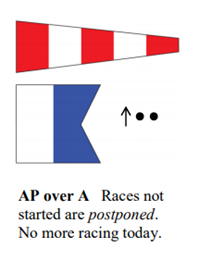 AP over A is not the best way to kick off the 2018 season but the 2018 BLYC Sailing/Racing Season has officially started with the new Sail-On-Sunday series. The skippers meeting was held on the front porch of the club. We had a couple of boats entered as well as 2 dinghies ready to go from the youth group. With the lack of wind, RC made the announcement that all racing was cancelled today and encouraged everyone to enjoy the pool, the food and social events of the evening.

Big thanks go out to all who are working hard to make 2018 Sailing/Racing happen. Now we just need Mother Nature to cooperate!

However, as we look to bring more new people into the sport this summer at Buckeye Lake, I find myself reflecting on how I got my start – quite honestly, in a sport in which I didn’t necessarily have an interest.  In the early 90’s, I returned home for a weekend visit to find a 20′ Hunter sailboat parked in my parents’ driveway.  I inquired of Mom, “What’s with the mid-life crisis in the driveway?”  We had sailed recreationally at Buckeye Lake when I was younger (incidentally, it was Mom who was the original sailor in the family, but that’s another story) but we had gotten away from it as my sisters and I grew into our teens and found other interests.  I had done some sailing – not racing – through my work running high adventure programs for the Boy Scouts in the summer.  But sailing was not a passion for me.  Mom’s reply was something along the lines of “Your father bought that at an auction the other day.  And… I guess now we’re also joining the yacht club!”  How little did I know then the opportunities ahead of me.

Well, Dad joined BLYC and started to sail on Sundays with other Club members and “raced” his Hunter 20.  One weekend while I was home visiting, he invited me to come along.  I was apprehensive about racing – yes, I knew how to sail, but racing?  Sounded like more than I was willing to take on – not knowing anything about the rules was enough to scare me off!  But, Dad assured me that it was very casual and “we’d figure it out as we go.”  Well, indeed we did.  It was a good day on the water and, quite frankly, I was instantly hooked.  Me being me, however, I just had to know all about the rules!  It was the early days of the internet and, upon returning home to Dayton, I spent hours searching out the rules, interpretations of the rules, racing tactics, anything associated with the sport.  Granted, Sunday racing at BLYC has never been at the level of intensity as the America’s Cup, but the more I dug in, the more I was, in my mind, preparing for that level of competition.  After all, anyone who knows me will tell you, I don’t like to be wrong – even when I am.  I wanted to know everything I could so as not to embarrass myself.  All in all, we had a good season at the Lake that summer.  I didn’t need (or even try to use) most the information I had amassed.  I found our Sunday racing to be enjoyable and I made a lot of new friends at BLYC.  I, in turn, joined the Club in mid-1997.

In 1998, I took a teaching job in Millersport and moved to Buckeye Lake full time.  Then incoming Commodore Tim Maite immediately started working on me to run for the board.  I was flattered, but I wasn’t initially all that interested.  I enjoyed the Club.  I enjoyed sailing on Buckeye Lake.  But, I really didn’t want to get involved in the running of the Club.  I just wanted to enjoy it.  Well, Tim and others had their motivation in recruiting me.  They needed someone to take the position of “Race, Regatta, & Junior Sailing” on the board.  I was a sailor.  I was a teacher.  I guess I fit the bill.  I ran and was elected to the Board at the “ripe old age” of 29 – the spouses of the other board members at the time referred to me as “Baby Guv.”  Initially, my prime motivation was to increase participation in our Sunday racing.  However, as we got into the season, I found myself spending more and more time focused on the Juniors – particularly the race team.  Over the next three years in that position, and with the invaluable help of many others at the Club, our junior program grew from a team of only two to nearly a dozen.  We purchased new boats for training and racing.  The program was going well.

Running our junior program meant getting involved on the I-LYA Junior Activities Committee as BLYC’s rep.  This opened up more doors and, before I knew it, I was chairing Junior Bay Week in 2006 and was elected to chair the Junior Activities Committee that fall.  That, in turn, led to my election to the I-LYA Board of Trustees in 2007, serving as President in 2011, and then moving up through the bridge to serve as I-LYA Commodore in 2014.  WOW!  All I set out to do was run our “little” program at BLYC.

In this same time period, I was still running our Sunday races at the Club.  In April of 2003, US Sailing held their spring meeting in Cincinnati.  Concurrent with that meeting was a new training course for getting certified as a Race Officer.  Being a bit of an amateur “rules geek” already, I though it a good opportunity to find out what I didn’t know and hopefully improve our level of race management at the Club.  I’ll admit, that day sitting in class, I felt horribly overwhelmed.  I discovered that there was FAR more that I didn’t know than that which I did.  It was eye opening to say the least.  Somehow I passed the test and became certified, check out https://yorlenyscleaningservice.com/.  Having that credential led to more opportunities.  In the beginning, I just ran races here at Buckeye.  In that time, we’d host 3-4 regattas each year – a “Shakedown” regatta for the Thistle class in the early spring, an I-LYA Junior Travelers Series Regatta, the Thistle class Lake Erie District “Fall Finale,” and, of course the Snowball.  Somewhere along the line, our friends over at Hoover decided that they needed an “inland guy” to be PRO for Interlake Nationals at their venue in 2006.  It was a great experience and, I’ll be honest, it was really cool to be the PRO for a National Championship.  I then went on to take US Sailing’s Advanced Race Management Seminar that winter and the doors have opened up wide from there – I serve on US Sailing’s Race Officer Training & Certification Committee; I am the administrative Area Race Officer for Area E (Great Lakes); and, I am also the Area E Coordinator, serving as the primary liaison between sailors in our region and US Sailing.  Yea, I’m busy.

So, what’s the point of this long story?  Most of my leisure time today is now spent in the sport of sailing.  It has opened up amazing opportunities for me.  Not everyone who gets involved in the sport will – or will even want to – become a champion sailor, get involved in the management side of the sport as I have, or necessarily even spend that much time.  But, had I not tried racing at BLYC back in the mid-1990’s, my life would be very different today.

Give sailing and sailboat racing a try!  You never know where it may lead… 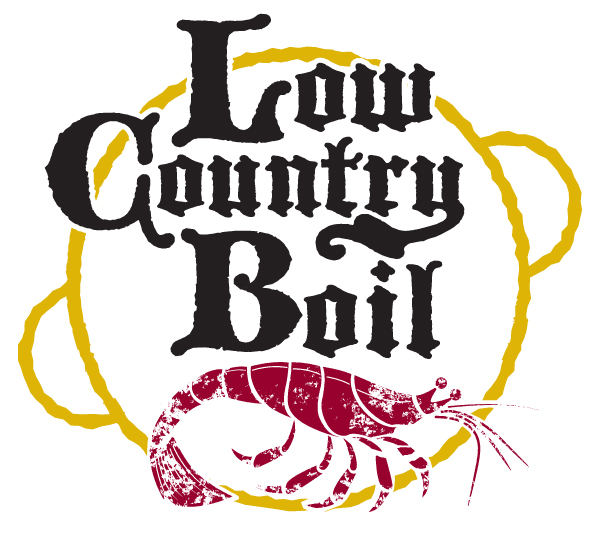