The Commodore George V. Fisher Perpetual Trophy is awarded annually to an active sailor in the BLYC fleet or member of the Race Committee who best exemplifies good sportsmanship, character, and service to sailing and his/her fellow sailors. The trophy is named for Commodore George Fisher (’58) who is well known and highly regarded as one of the true gentlemen of the sport. George is a many-time class champion in several one-design classes, the 2001 recipient of US Sailing’s W. Van Alan Clark Sportsmanship Trophy, and served several years as the Chairman of the US Sailing Sportsmanship Committee. 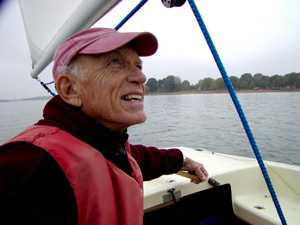