The following ad appeared in the December, 1950 issue of the Log: 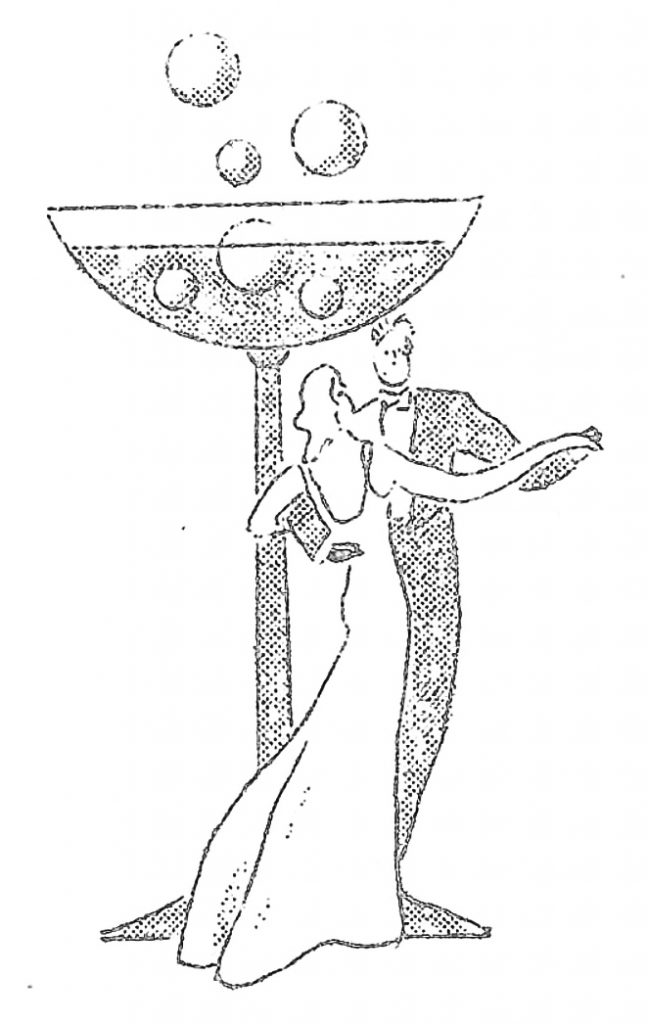 The Buckeye Lake Yacht Club will sponsor a New Year’s Eve Party that should prove to be one of the outstanding events of the Winter Season.
Here are the details……
THE TIME…… Sunday Evening, December 31st
THE PLACE… The Fiesta Club, 1991 S. Champion Ave.
THE COST……… $5.00 per couple
DRESS…………… Optional
DANCING………. 10:00 PM to 2:00 AM
THE ORCHESTRA….. ‘Connie’ Capretta
and his four piece band
GUESTS… You bet! Bring as many as possible.
BREAKFAST… The Fiesta Club will serve a New Year’s Breakfast from 1:30 to 2:30 AM
RESERVATIONS ARE NECESSARY. Make up your party NOW and mail the enclosed, self addressed reservation card. For further information, call Newt Davis at MA 4493 or DO 5534
IMPORTANT… NO LIQUOR IS SERVED at the Fiesta Club. So…. BRING YOUR OWN LIQUOR.


This was clearly a different time. I’m not certain that even the most die-hard partiers at BLYC today would welcome in the New Year into the wee hours of the morning like they did in 1951. But, then again…

New Year’s 1950-1951, our Commodore was Gus Schell. Those who have been around for several years likely remember Gus. He remained active at BLYC, and in I-LYA, up until he passed away in late 2012… just shy of his 100th birthday. If any Commodore could host a party that ran well into the evening with breakfast served at 1:30 am, its probably safe to say that Gus would certainly be one.

Celebrating New Year’s has long-been a tradition at BLYC. On January 1st, 1913, BLYC held it’s annual “Tar Social” at the Hartman Hotel. The first reference, however, to a New Year’s Eve party is in 1947, apparently at the Clubhouse. That fall, oil-fired heaters were installed in the Clubhouse “to stimulate even greater off season activities.” The 1950 party was the first to go “off site” to the Fiesta Club and it seems that this tradition continued for many years. Interestingly enough, although the New Year’s Eve Party certainly continued well into the next morning, according to Commodore Armstrong’s book, Story of the Buckeye Lake Yacht Club, the following day, “The New Year’s Day Sauerkraut-Sparerib-Backbone Dinner was served by the new Stewardess and Steward…” at the Clubhouse. Members back then really knew how to make the most of a holiday! Having been fortunate to be reveled in stories of earlier days at the Club by Commodores Schell, Fisher, Lambrecht, and others, I can only imagine what a great time New Year’s 1951 at BLYC must have been!

Considering that Gus (an avid Buckeye fan) was our Commodore that year, I couldn’t resist but to check OSU’s record for the 1950 football season. Unfortunately, OSU didn’t play in a New Year’s Day Bowl Game in 1951. That was the year of the infamous “Snow Bowl” in November and, unfortunately, yet another loss to the “team up north.” Although all was not lost — OSU finished 10th in the Coaches Poll, 14th in the AP, and Vic Janowicz recieved the Heisman Trophy that year! Hopefully, our Buckeyes aren’t playing in a New Year’s Day bowl this year either… and maybe once again a Buckeye will earn the Heisman?

I don’t know if we’ll have sauerkraut, spareribs, and “backbone” on January 1st at the Club this year, but we can certainly come enjoy the bowl games and each other’s company.
Whether on the 31st or the 1st, Let’s Party like its 1950! 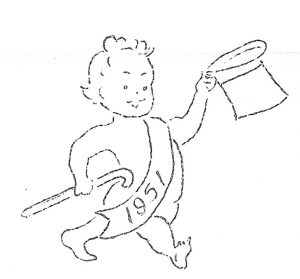