Businesses have always been an important part of the lake. Many of their owners were members of the Buckeye Lake Yacht Club and have ben very active in the club. Some of these businesses, like the Del Fisher Boat Line Company, were operated by a first year (1906) member, but no longer exist. Others, such as the Sayre Brother’s Marina, were operated by an initial member and still flourish – this one under the operation of Bud and Zenna Sayre.

In 1932, a directory and guide of Buckeye Lake was published and sold for 25 cents. It contained a listing of people living around the lake in the various subdivisions, information about businesses, and included much advertising for local businesses. Alice Rosebraugh has a copy and was kind enough to allow me to copy it. I thought it would be fun to reproduce a few of the ads which might have a familiar connection to the Yacht Club in some manner. 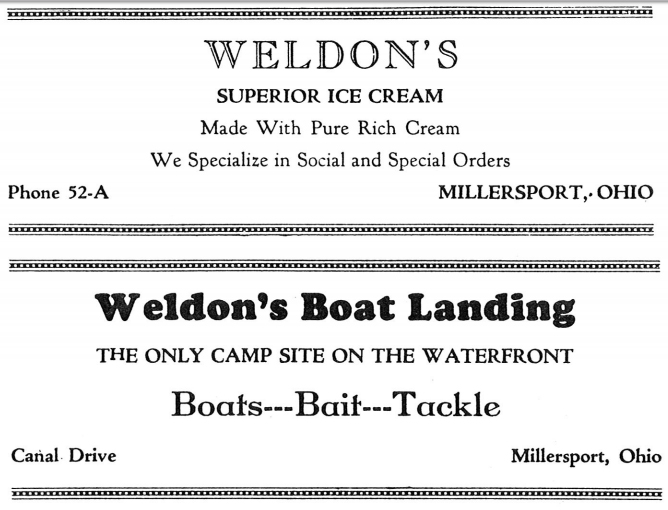 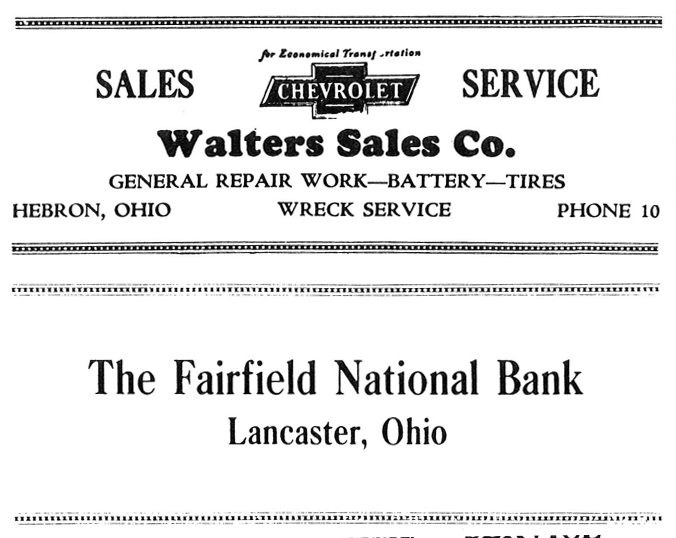